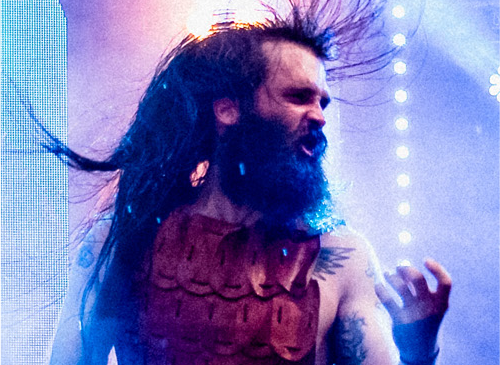 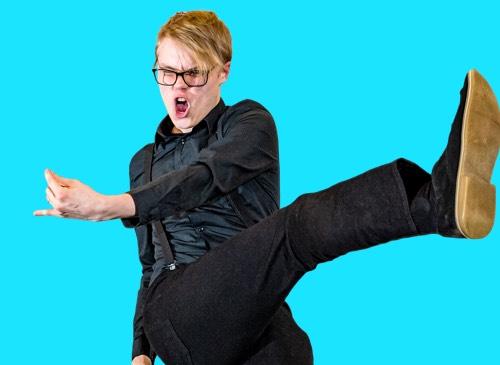 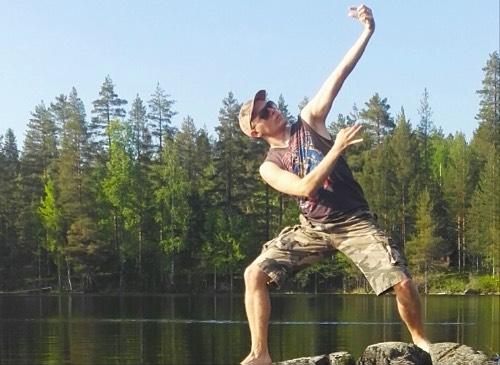 A true air guitar legend, Justin “Nordic Thunder” Howard is a world champion who has travelled the world performing his invisible axe for tens of thousands of people from the Arctic Circle to the dunes of Qatar. In 2021, he was chosen as the Champion of Champions among all the previous air guitar world champions.

Opening for acts such as Andrew W.K. and Kool & The Gang, Mr. Thunder has also conducted workshops in children’s classrooms, participated in music therapy sessions with disabled children, and has given numerous lectures around the world where he speaks passionately about using air guitar as a tool to cultivate world peace.

Mr. Thunder has also represented major brands globally, the biggest being Dr Pepper. He also makes an exceptional host and recently he has hosted the Air Guitar World Championships Finals.

Don’t be fooled by his barbaric looking appearance, Nordic Thunder is a giant teddy bear full of love!

Markus "Black Raven" Vainionpää is the best known Finnish air guitarist and the World Champion from 2000. Black Raven has been performing also abroad, including a month-long China tour!

Previously known as Little Angus, Aapo Rautio has been a part of the World of Air Guitar since the age of 10. From gritty riffs to progressive solos, Aapo’s air guitaring style can be whatever it’s needed to be!

Previous works include attending the Dark Horses and World Final in 2010 and 2018 and having performed to all kinds of audiences from dozens to thousands. Aapo has become nationally well-known in Finland due to his jaw dropping performance in TalentSuomi (Finlnad's Got Talent) TV program.

Eero ”Oulu’s Own Son”  Ojala is a five-time world finalist and a Finnish national champion from 2010. He started his career already in 2004 and since then he has ridden his enthusiastic air guitar in various places, such as Shanghai World Expo, Japanese and Swedish television and many marvellous events from tiny birthday parties to huge corporation venues. Eero is a creative performer who can travel smoothly between different genres from flamenco to classic rock via deepest heavy metal. His heart beats to world peace in every beat of the music he plays to! 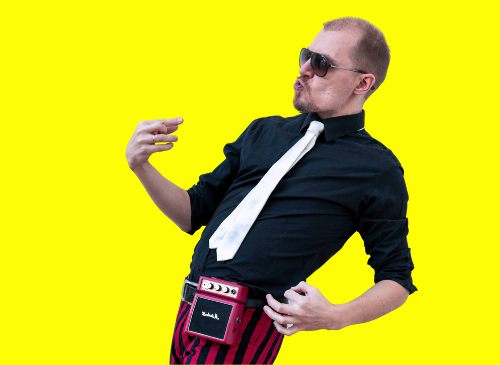